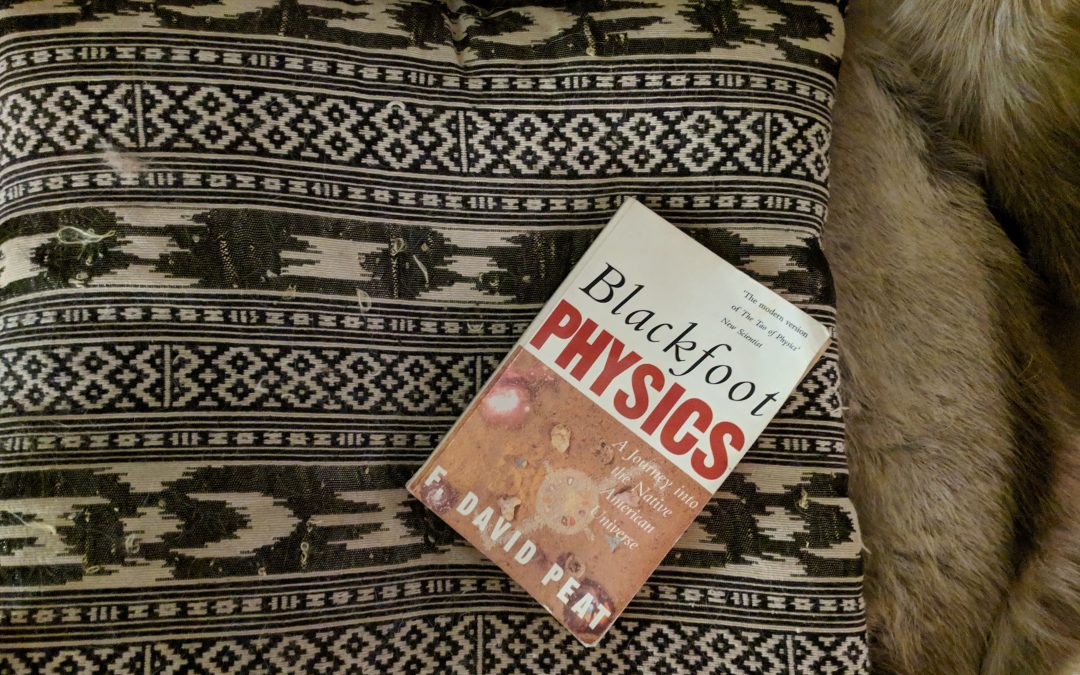 Quantum physicist F. David Peat spent years talking with friends among the First Nations people of Canada, trying to understand their world view, which he suggests is radically different from that held by many in the west.

This book the reader through topics usually considered New Age, but with the unique perspective that these are based on insights shared by representatives of the First Nations with whom Peat has become friends. Sacred Medicine, Sacred Mathematics and Sacred Music are all included in the panoply.

I found this book most convincing when it talked about the different perspectives of indigenous peoples on issues where westerners are so clear: land ownership, access rights, legal systems and so on.

The section on time was also terrific; our western idea that we make an appointment and  stick to it punctually is turned on its head.  Peat says that for First Nations people, the time at which something happens is like the strange attractor of  quantum physics – something that spurs actions that enable the event to occur. Our actions result from the event, rather than determining it.

Many physicists, including the most famous, have admitted to gaps in the sacred dogmas of science, and Peat is admirable to entertain the prospect that he can learn from “native science”. Where I found his account faulty was in the apparent disdain he reserves for westerners who are exploring new bounds of spirituality.

His discussion of sacred medicine and the medicine wheel captured the essential concept of balance that is at heart of modern-day shamanism. He describes the intimate link between mind and body, man and nature, living beings and the cosmos.

But Peat is weirdly dismissive of people who spend their weekends opening their minds to such practices. True, he has a unique perspective, having worked at the cutting edge of quantum science, and also spent many hours with indigenous scientists.

But this does not justify his dismissive attitude to those who may want to expand their spiritual vision but don’t have his privileged background.

I would have liked to see his book encourage a wider  interest in the scientific beliefs of First Nation peoples, who– as he says —  are taking back control of their destiny and working to re-establish trust with westerners who have long dismissed them as simple “natives”.

Instead, it adopts a rather hectoring tone to those who are already on the journey. My guess is that he sees modern day shamans as jumping on a band-wagon, which is fair enough but makes unjustified assumptions about the sincerity of shamanic practitioners. He clearly believes that he is different from such populists, but this in itself begs many questions.